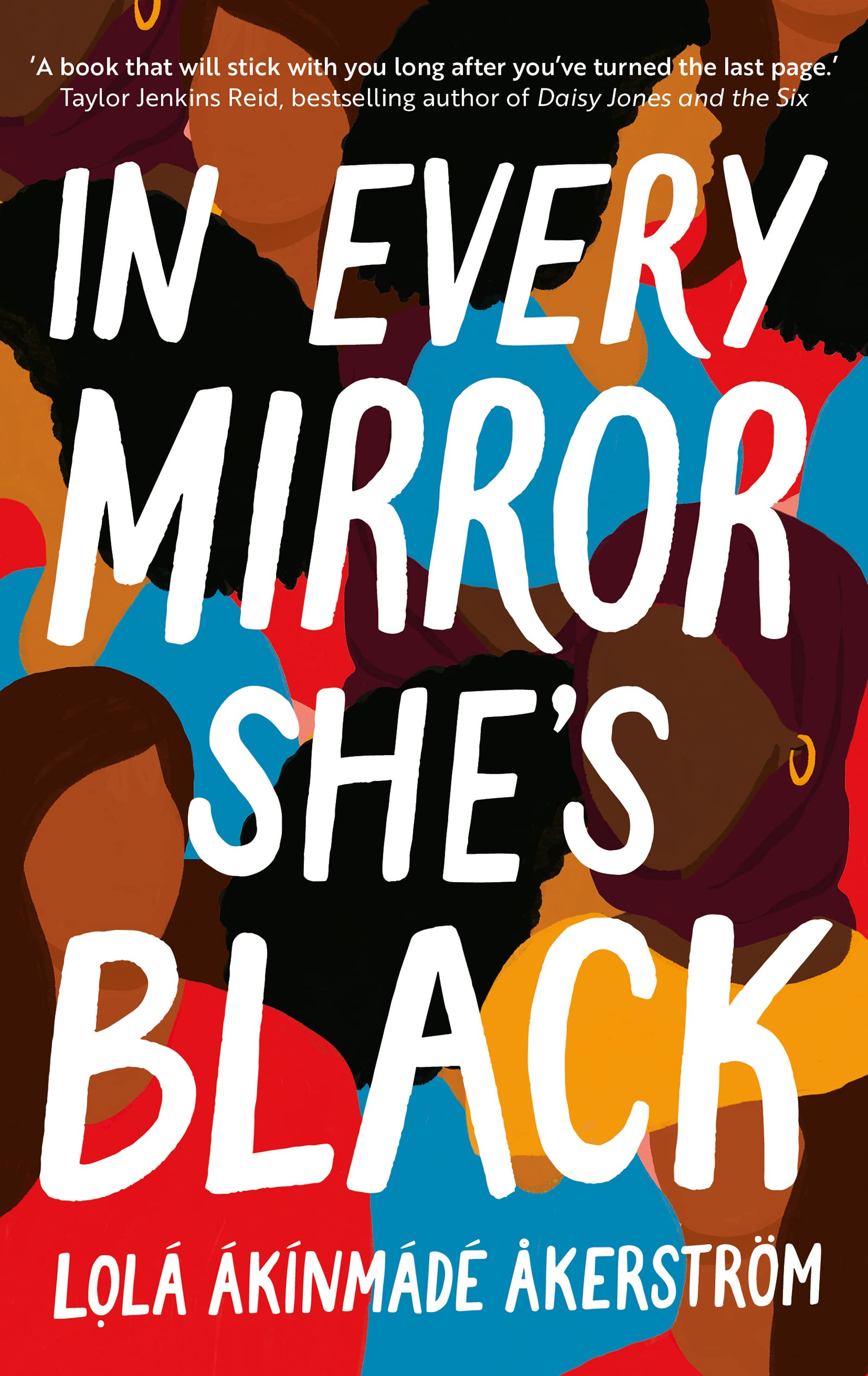 Last month, partnering with Head of Zeus Publishing, The Black Women Working Team read Lola Akinmade Akerstrom’s ‘In Every Mirror She’s Black’ based on ‘three very different women who are desperate for their lives to change. Though strangers, they are drawn to the same place: Stockholm, a city famed for its egalitarianism. But beneath the city’s glitter surface lurk challenges old and new. Challenges that threaten to tear them down once and for all…’

We were drawn to Kemi’s story who relocates to Stockholm for an elite job opportunity that she was headhunted for.

Whilst Kemi was not accompanied by our unwanted friend ‘little miss imposter syndrome’, her occasional doubts about her worthiness in this new and challenging environment raised a question for us – ‘how clear are we about our career intentions as we journey through our career paths?’ It’s just a little obscure to question whether we are deserving of the things and the people we want in our lives.

Many of us start out, even from the very early age of choosing our GCSE’s, with a determined path to follow and we pursue this over many years of studying, internships, jobs and promotions. However, along the way the path changes direction for a number of reasons;

We embrace other life goals in love, relationships and family.

We become disenchanted with institutions and organisations as we learn more about how systems are failing.

We become fearful and doubt if we can step into a new a higher phase of ourselves at work.

We are redirected by the goals and offers made by our employers.

None of these things are right or wrong, but as we reflected on Kemi’s story, the BWW Team considered what it meant to ‘want more’ out of work and life, without truly defining what ‘more’ is. Here the danger lies.

Kemi was presented with a job that on the face of it seemed like an opportunity that she could not miss, unknowingly stepping onto a ‘glass cliff’; the glass cliff refers to ‘the phenomenon whereby women (and members of other minority groups, such as those based on race or disability) are over-represented in leadership positions that are risky and precarious’.

The danger and consequence of being at the edge of this glass cliff is being placed under an immense amount of pressure and stress that we are unknowingly taking on because a carrot is being dangled in front of us.

What the BWW Team recognised through Kemi’s story is that by not knowing or being intentional about what it is we want, at times work is the easiest part of our lives to lean into and serves as a pillar of success, and essentially we are using work as a mask for ‘doing the work on ourselves’.

Kemi’s story presents a woman who believes that work will resolve all of her questions about who she is at work, her family’s perception of her as a Nigerian woman in the corporate world, and what she wanted from love.

Work is one part of our lives, a central feature, but one part. Work is not the entity that defines who we are in love and life and when we look to work in forming of our identity, there is a danger that actually knowing who we are and what we want,  will get lost in translation.

This is also reminiscent in ‘diversity hires’ especially with the rise of Diversity, Inclusion and Equality roles. Diversity hiring is hiring based on merit with special care taken to ensure procedures have reduced biases related to a candidate’s age, race, gender, religion, sexual orientation, and other personal characteristics (that are unrelated to their job performance).

Whilst Kemi was a highly talented professional in her role in marketing, she was hired to fix and fill a gap that her new place of work was unable to do with regard to race and diversity. Too often workplaces, look to ‘the black person in the workplace’ to be the face of all black issues from leading Black History Month, to educating our employers on how to create inclusive environments. Some of us are open and passionate in being the person to do this work, but for many, we are sought and pigeon-holed to being the ‘black face’ of an organisation and quite frankly are being ‘magpied’ –to collect and keep things, often things that have little value– into taking on roles believing we are of value but we are potentially being used, undermined and are falling in a trap of what we want being defined for us. This is where we see Kemi ignoring all the red flags that were obviously in front of her, even when ‘her gut said no, her ego said stay’ because she was in a position where she had to prove that she was up for a role that she wasn’t even aware she was signing up… the glass cliff.

Defining who you are and what you want can and will mean growth but this doesn’t always look like career progression, and that’s ok! There were several points in the book, across different characters who were described as ‘content’, and this read with a negative connotation. Is it problematic to want a family and pause movement in your career? Does one lack ambition because they do not want to be a CEO? Is your career stagnant because you are happy to master your craft, and have an impact without a desire to climb the career ladder?

Again, this is a reiteration of the importance of understanding what you want, ensuring that your happiness comes from within and is not questionable or validated by external parties, be that colleagues, family, friends or the media.

We have only touched on one storyline and how this resonated with our experience of work and working on ourselves. The other characters, Brittany and Muna also have intriguing journeys in the book but you’ll have to read for yourself to find out about their story.

You can listen to the dialogue of our reflections via the podcast available on all major platforms. 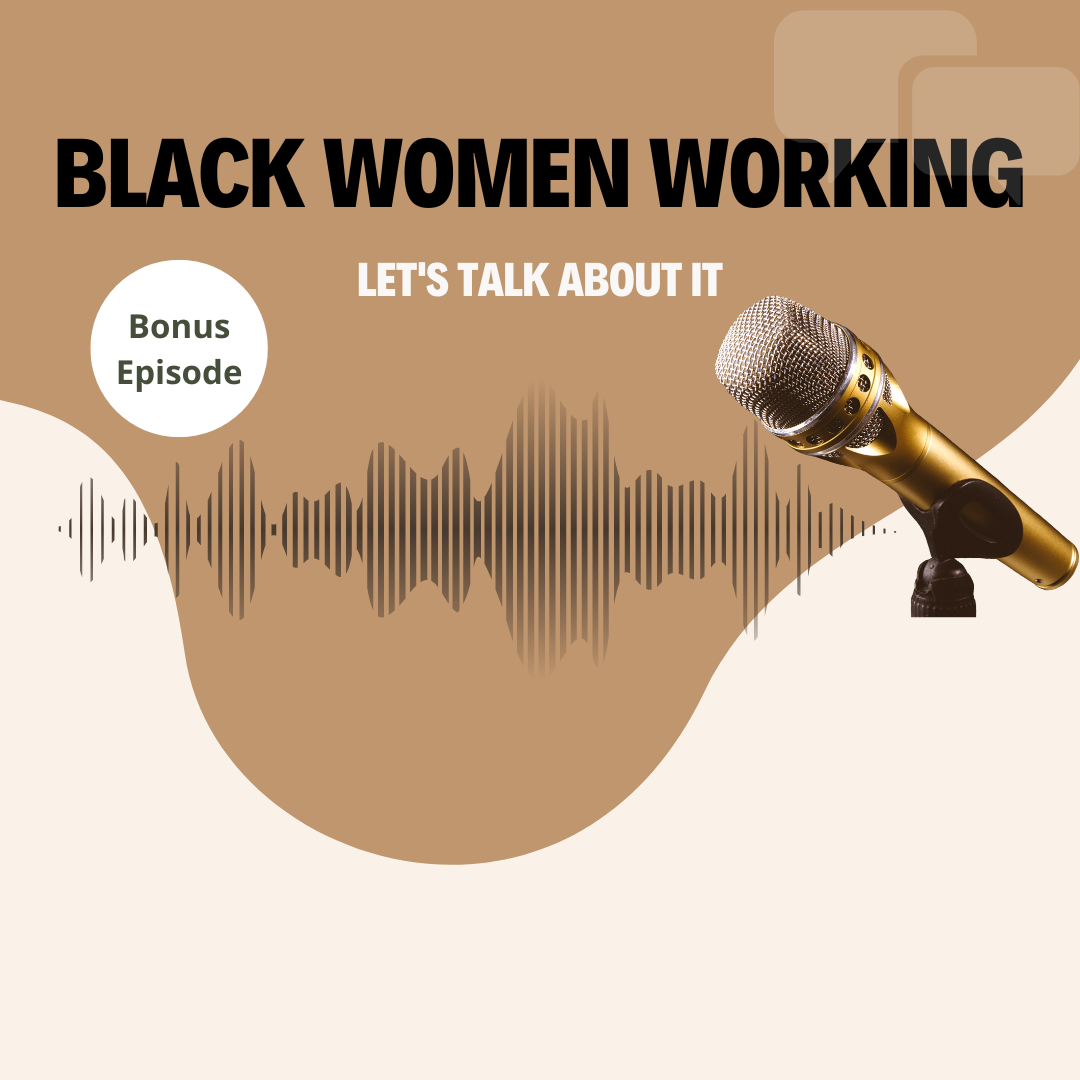 Ok Let’s Talk About It! Let’s talk about the Queen Bey bringing workplace issues to our musical ears.

The BWW Team take a moment to delve into what ‘break my soul’ really means to us as black women working when so many, sometimes contradictory factors are at play.

We explore the reasons why work is breaking our soul and what it means to ‘build a new foundation’ that brings purpose and peace to our lives whilst working. 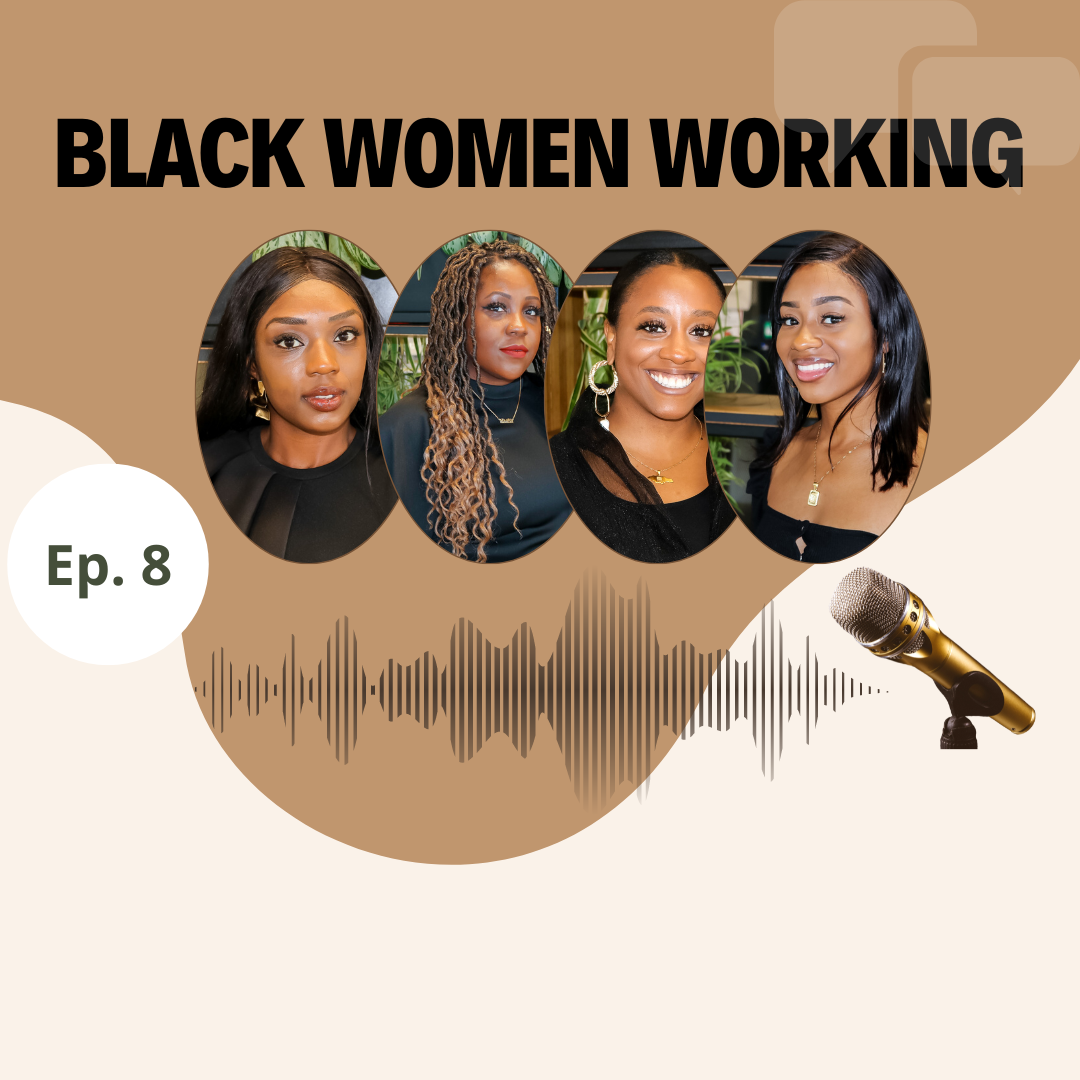 It’s the last episode of the season! We started the season with a creative and we are ending on the same note!

Joined by Funmi Olutoye and in this episode we are discussing Funmi’s journey into journalism, having taken what is considered to be the traditional route into this career.

Funmi shares the key features of her journey and what it meant to be supported by friends and family starting out in a career that can take a while to see the financial return.

We also discuss with Funmi how to manoeuvre with the gatekeepers of the profession and what some of our earlier themes of sisterhood and sponsorship looks like in the world of journalism. Yet another honest and insightful conversation.

We are delighted to share that this episode is sponsored by Head of Zeus Publishing, celebrating the release of ‘In Every Mirror She’s Black’ written by Lola Akinmade Akerstrom. You can purchase your copy from The Black Feminist Bookshop –
uk.bookshop.org/contributors/lola…kinmade-akerstrom and we look forward to sharing our reflections on the book. 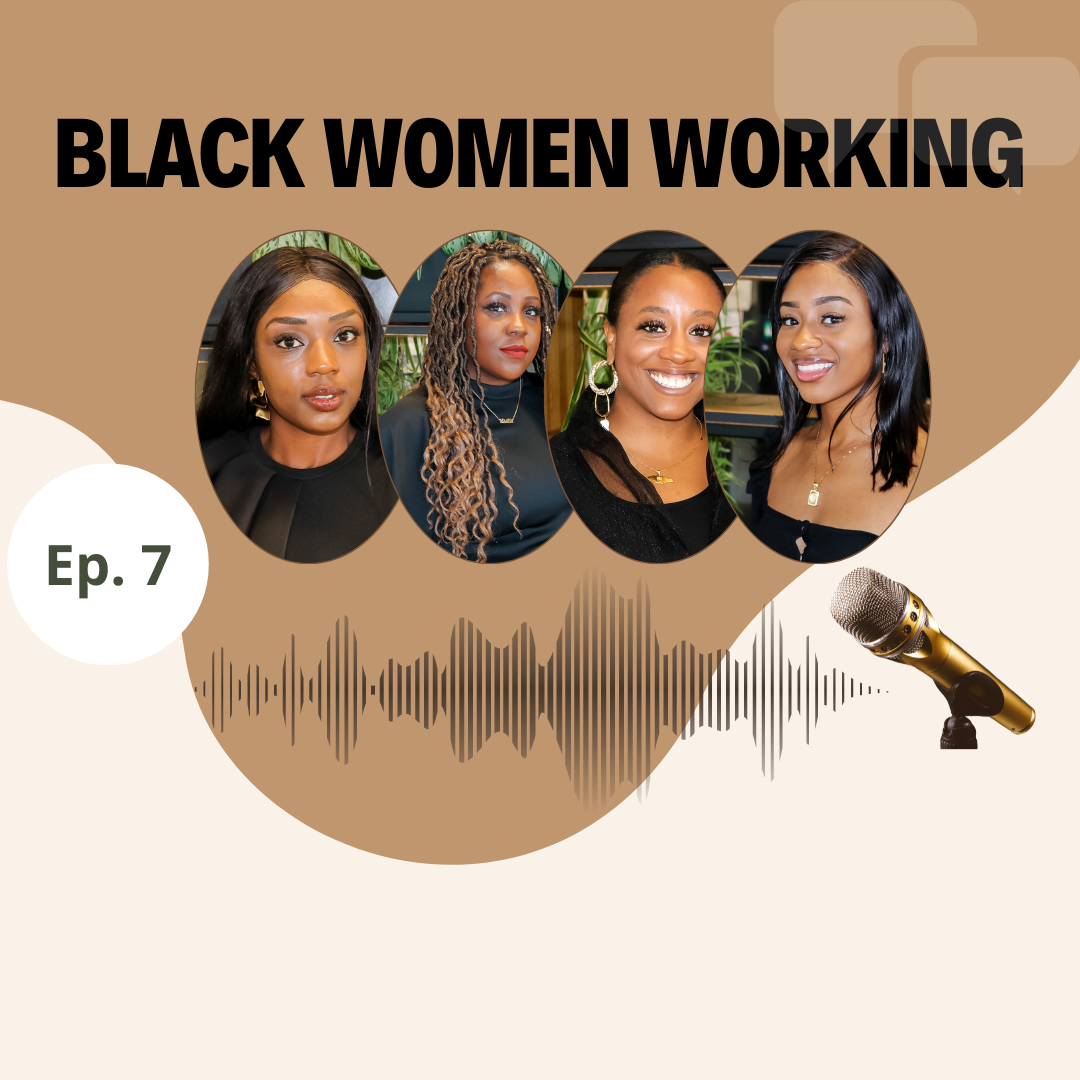 Welcome back to the Black Women Working Podcast and in this episode we are discussing the power of having a sponsor in the workshop. A sponsor being someone who will say your name, advocate for you and speak up for you.

For the Black Women Working Team we discuss the importance of having sponsors especially as we progress to more senior positions in the workplace. We challenge how hard work weighs in comparison to workplace relationships.
Definitely, another thought-provoking conversation considering how we lean on others to support our journey.

We are delighted to share that this episode is sponsored by Head of Zeus Publishing, celebrating the release of ‘In Every Mirror She’s Black’ written by Lola Akinmade Akerstrom. You can purchase your copy from The Black Feminist Bookshop –
uk.bookshop.org/contributors/lola…kinmade-akerstrom and we look forward to sharing our reflections on the book. 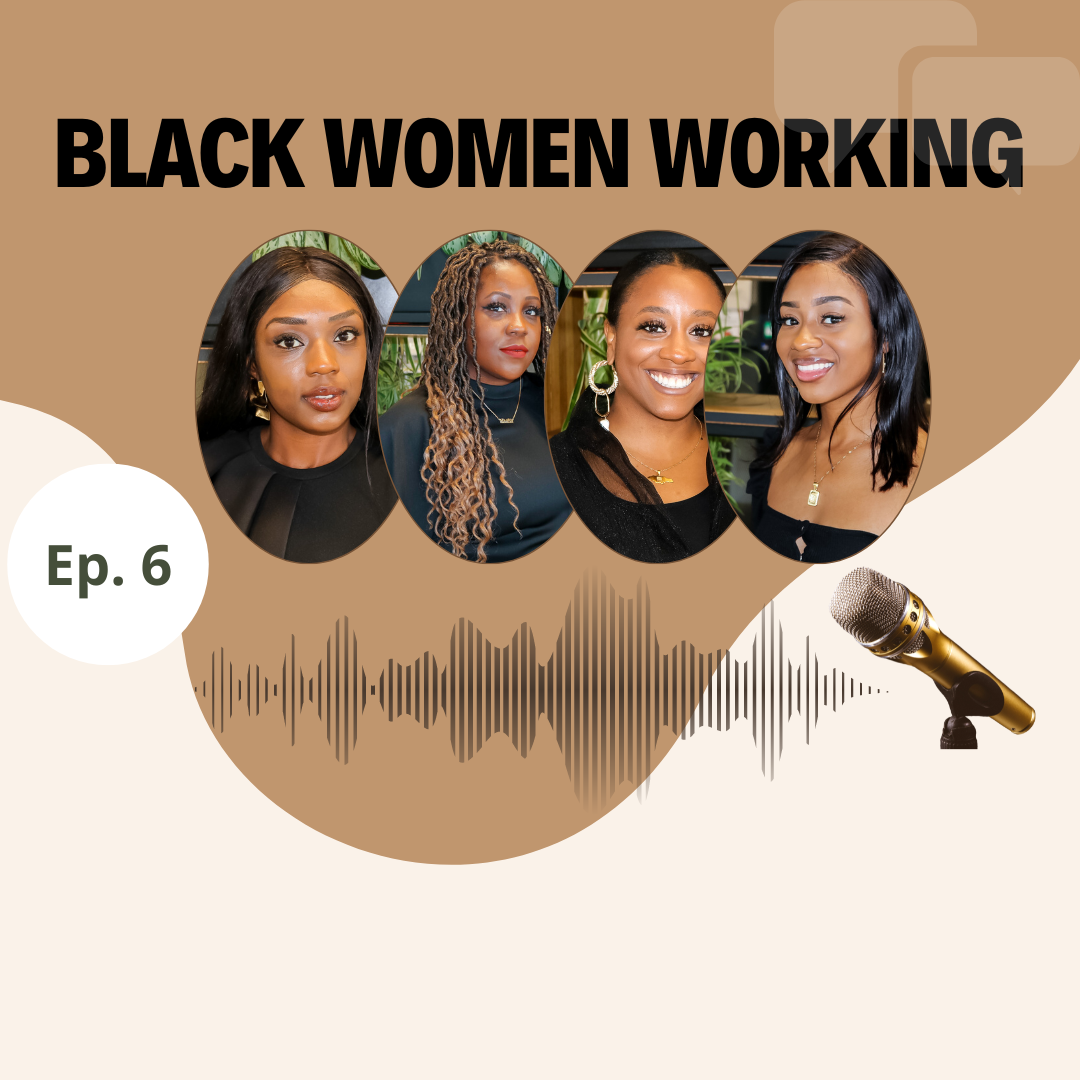 In this episode the BWW Team are joined by a very special guest, mother to Natalie, Mrs Carter shares her experiences of restructuring working in the public sector.

Whilst restructuring can be a very emotional and pressured time, we consider some of the silver-linings that are possible when faced with having to re-apply for your job. 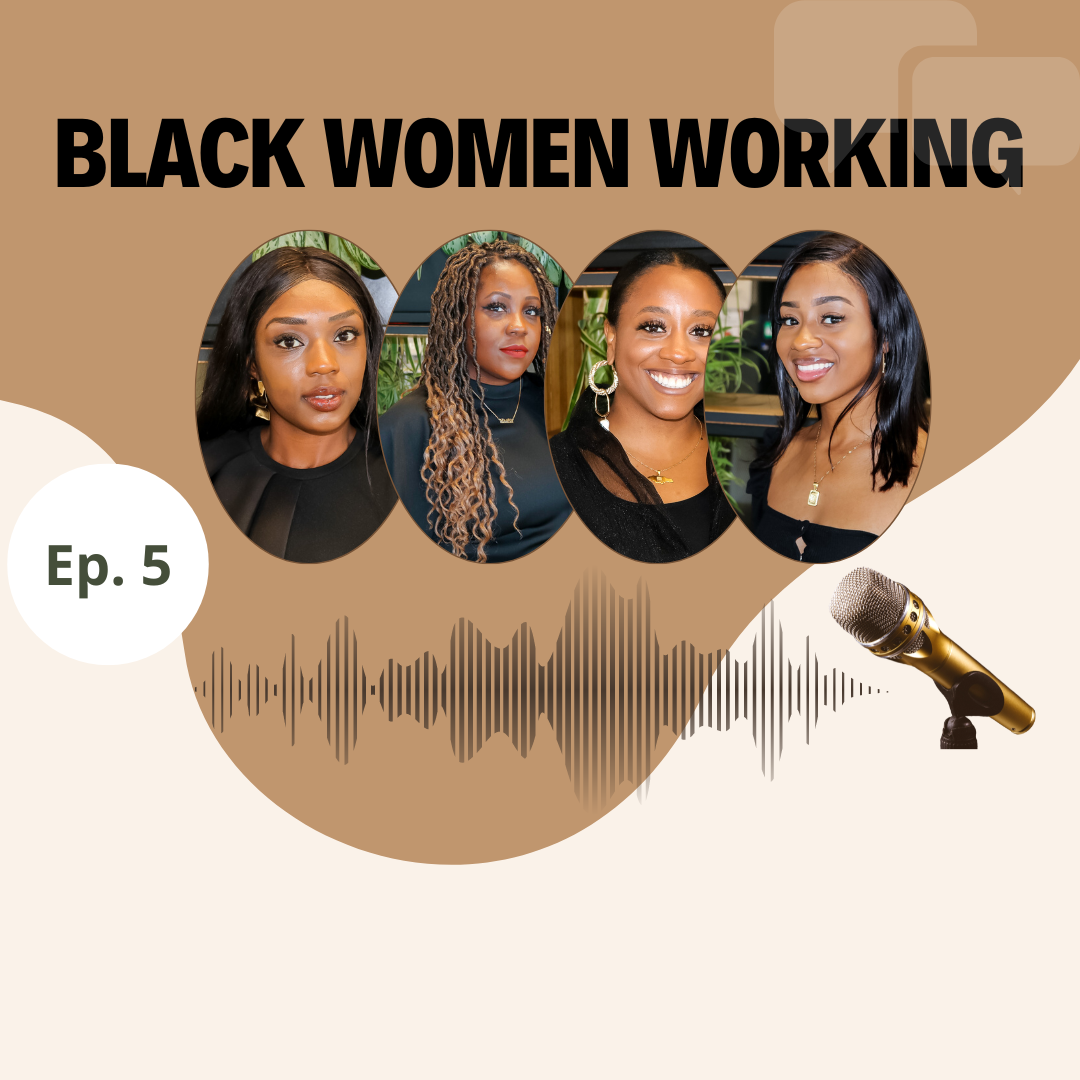 Do you expect for friends to ‘bring you in’ on opportunities that might be for you?

Are you the person who is always recommending a friend who’s good for the job?

Whilst we know and see nepotism in the workplace, as black women working is there an air of caution when ‘bringing in’ friends or family in at work because any possible backlash and repercussion it can have on others to come? 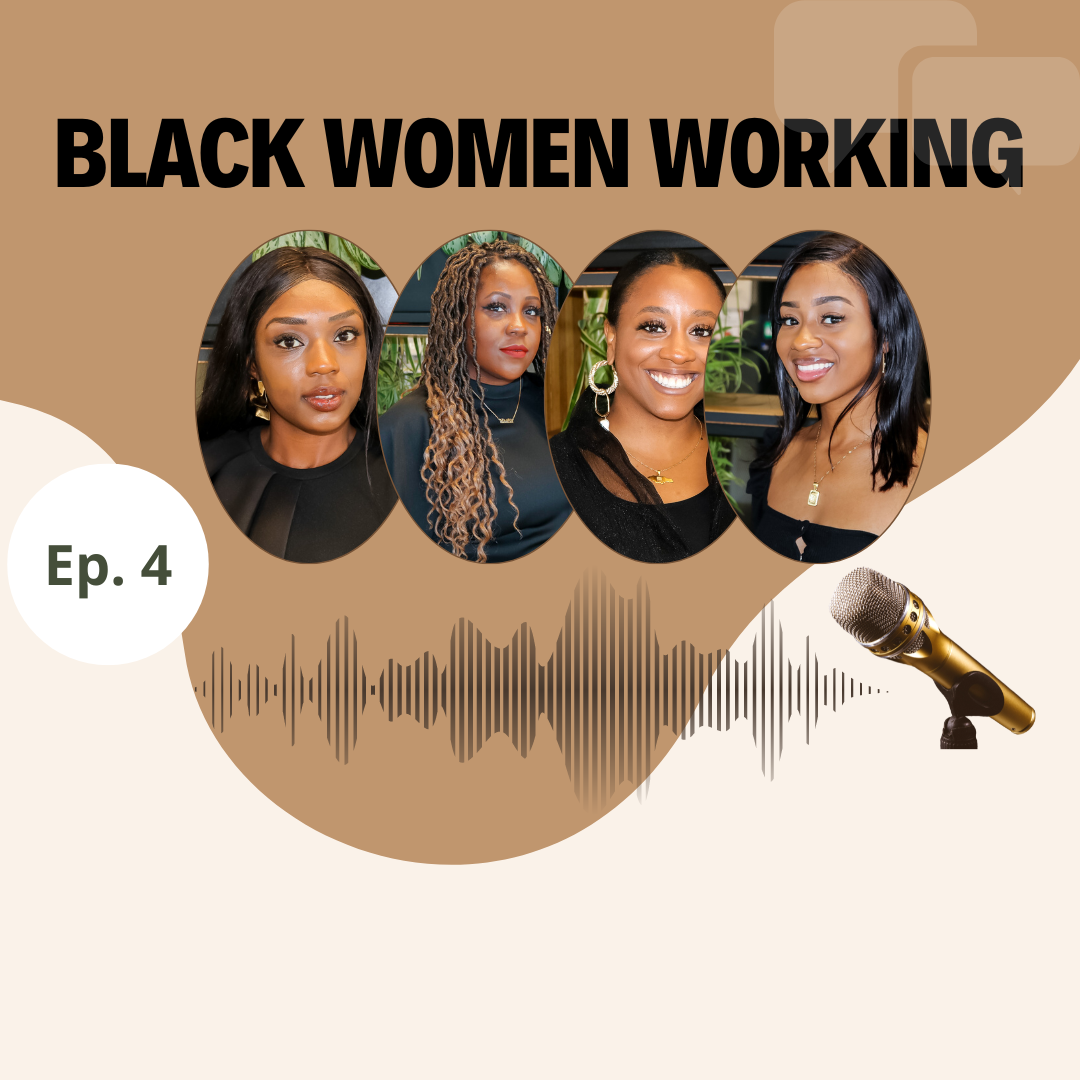 In 2022 we cannot believe that this is still a topic but in this episode the Black Women Working Team discuss microaggressions around our names at work.

From mispronunciation to full name changes, we share our experiences, including what it means to show up as a black woman with an ‘English’ name.
Though it might seem like ‘a minor’, our names are on of the first gifts we are given and if we can pronounce Tchaikovski and Siobhan then we can pronounce Tolu!

After a grueling series of what has been referred to as ‘race-based questioning’ experienced by Supreme Court Judge Ketanji Brown Jackson, we discuss the scrutiny that black women face at work and the impact that this has on our willingness and strength to progress in our careers. 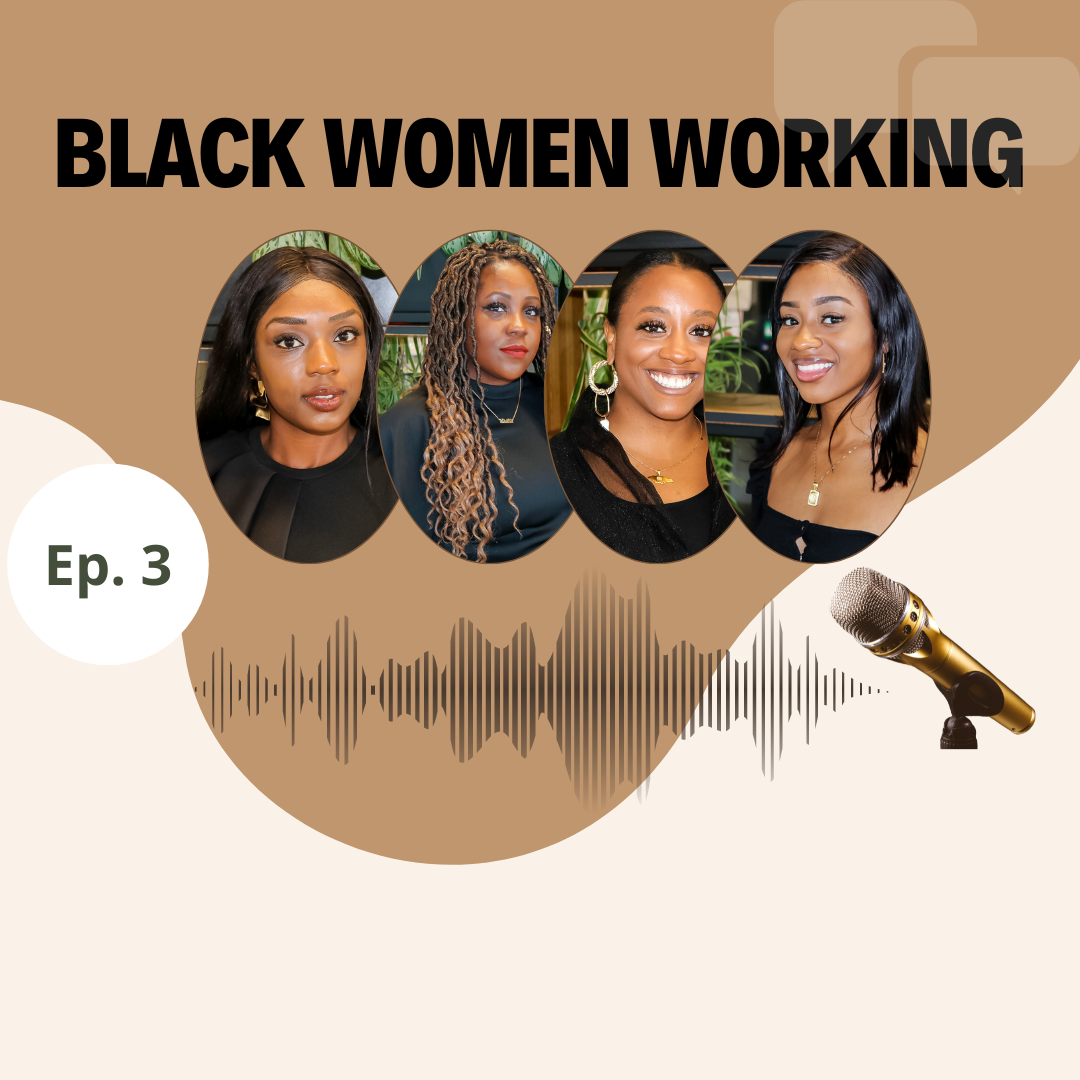 The Black Women Working team are here discussing the facets of job security and insecurity.

We explore the difference between how to manage jobs that are temporary or contractual yet feeling secure and comfortable with change.

We also delve into some of the objective factors such as our rights in the workplace when we are not employed as a permanent member of the organisation. And of course how Covid-19 has changed what the entire workforce considers as job security.